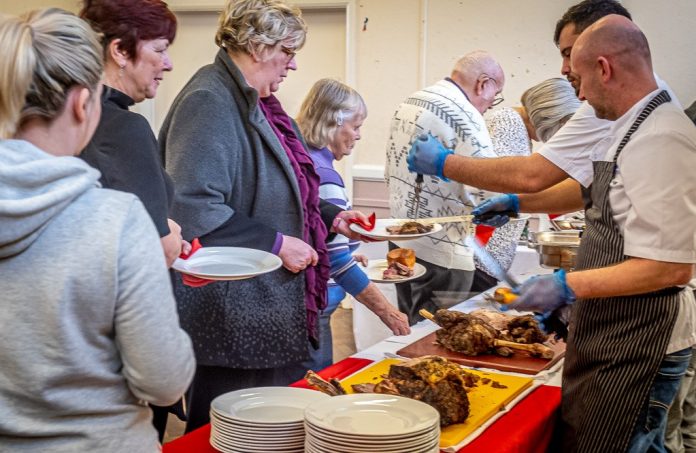 Premier Foods has helped a lucky retailer celebrate a milestone year with some of their most loyal customers, as part of the Bisto Community Table competition. Jacqui Dales of London Road Bakery (Spar) in Boston, Lincolnshire, won this year’s competition, with the prize bringing the community together to enjoy a delicious roast dinner with all the trimmings.

Premier Foods launched the competition in 2018 to recognise the key role that many retailers have at the heart of their community, while also celebrating Bisto’s heritage of uniting people over the dinner table.

This year’s Bisto Community Table event also helped to mark the 40th anniversary of the Dales family owning the store in Boston, with Jacqui’s parents – who bought the store in 1980 – sharing the occasion with some of the store’s most loyal customers, as well as former team members.

Gita Kahlon, Channel Marketing Manager – Convenience at Premier Foods, said: “It’s important to recognise the invaluable role that many convenience stores play in their local area. Stores like Jacqui’s become the heart of communities after many generations of service, the Bisto Community Table competition is about celebrating that and giving retailers the credit they deserve.”

Winning retailer, Jacqui Dales of London Road Bakery (Spar), said: “We’re so grateful to Premier Foods for helping us to celebrate the shop’s long-standing connection with the community. Our loyal customers have been so important in keeping our shop going since the 1980s, and the majority of people who came along to the Bisto Community Table event have been daily visitors across those 40 years too. It’s been great to give back to them and celebrate together over a delicious meal.”