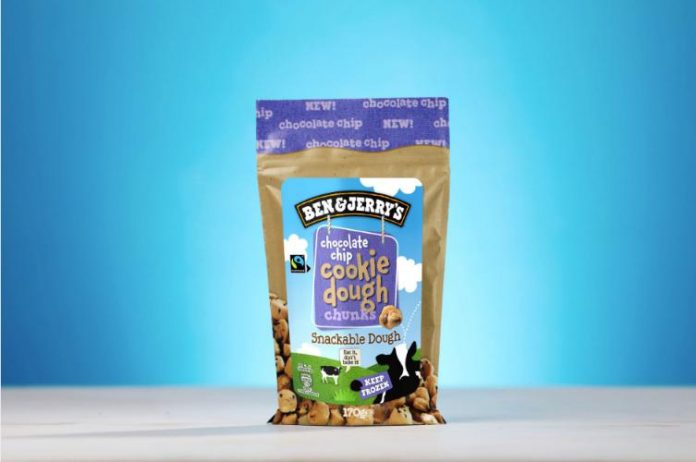 The snackable dough chunks are the same sticky, smooshy and instantly identifiable recipe, loaded with Fairtrade chocolate and masterminded by B Corp Rhino Foods for the original Cookie Dough ice cream.

The dough chunks come in 170g bags, each with six servings and can be found in the freezer aisle.

“Ice cream fans have been calling out and asking us to ‘free the chunks’ for a while now, so we’re delighted to be able to give them what they want!” said Flavour Guru, Helder Silva. “During a test in the US, bags flew off the shelves! Now, dough fans in Europe can get a chunk of the action.”

Chocolate Chip Cookie Dough Chunks will be available in retailers nationwide now with an RRP of £4.00.