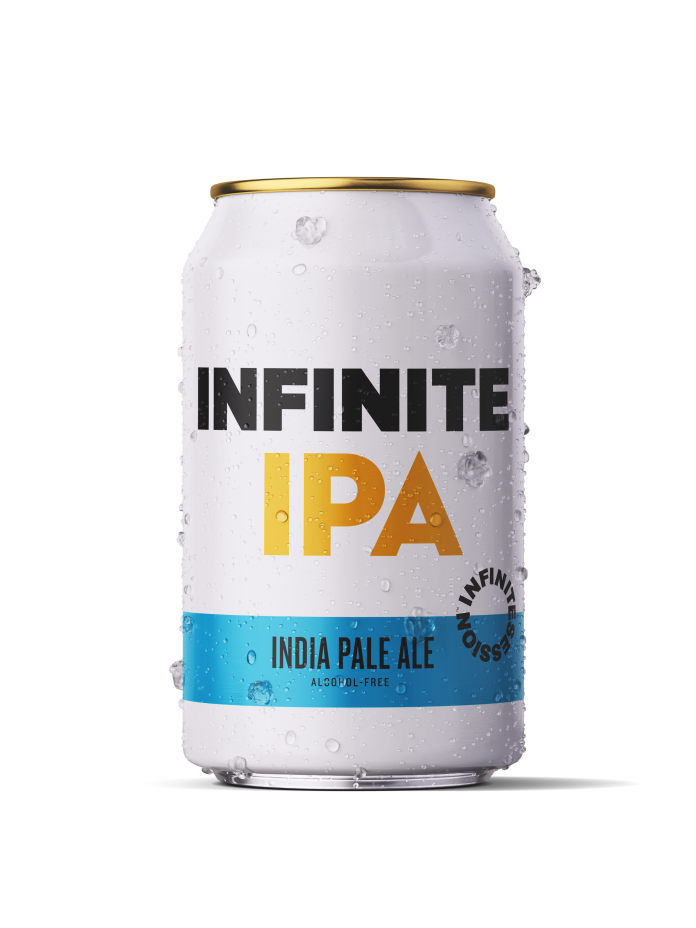 Infinite Session has launched a revised recipe for its successful alcohol-free craft beer range. Rolling out across the three-strong portfolio, the new recipe offers a fresh new taste profile. By using an improved speciality malt selection, Infinite has created a beer with better body, a fuller mouthfeel and a more complex flavour. By using a lighter filtration process during the brewing process less body is lost and the beer retains ‘haze’ which results in a more hoppy flavour. Not only that but the entire range is now gluten free.

The on-pack design refresh sees the brand focus on ‘Infinite’ with the aim of simplifying the product names to increase recognition and recall. Following the continued success of the IPA product, this will remain the lead SKU as they continue to grow the portfolio.

“We pride ourselves in creating great tasting alcohol-free beer, that brings you
the same level of flavour and craftsmanship as our alcoholic counterparts,” said co-founder Chris Hannaway. “We’ve always wanted Infinite to be a beer that you’d actually want to order another one of, and we’re really pleased with the new taste profile of the range. Our on pack re-fresh allows us to put more emphasis on ‘Infinite’, meaning it’s something you can drink again and again.”

Following a successful UK launch in 2018, the brand launched into the US market in March 2020, exclusively into the state of Wisconsin where they now locally brew the UPA and Pale Ale with a local craft brewery. The range is now sold in three of the biggest chains in Wisconsin including Woodman’s Markets (where they are not the top selling non-alcoholic beer), Piggly Wiggly and most recently Festival Foods. This month has seen the launch of Infinitesession.us allowing national distribution across the US.