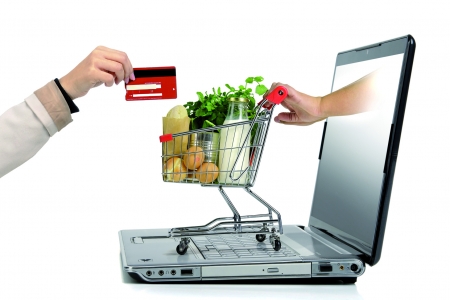 Despite the rising consumer demand for digital, over half (52 per cent) of UK grocery retailers aren’t currently able to fulfil ecommerce orders via the store network profitably, the latest research from electronic shelf label (ESL) provider, Pricer, shows.

With the latest data from Edge by Ascential suggesting that the growing demand for digital will prompt retailers to dedicate up to a third of their store space globally to ecommerce order fulfilment, original research of 100 senior UK retailers by Pricer, showed that in response to the rising demand for online, almost three quarters (72 per cent) of grocers have increased replenishment through their store network, and two thirds (64 per cent) have increased stock allocations in-store to keep up with rising ecommerce demand.

Meanwhile, over half (54 per cent) of UK supermarkets have increased store staffing to allow them to pick and pack online orders fulfilled from the store, with almost a quarter (23 per cent) saying staff are having to perform more tasks to service ecommerce orders at store level.

However, less than half (48 per cent) say they are currently fulfilling online orders from the store profitably. And, while almost three in ten (27 per cent) expect to return a profit from ecommerce orders fulfilled via bricks-and-mortar networks within a year, five per cent say they don’t expect ever to be able to achieve profitability with these types of orders.

At a time when inflationary pressure is being felt across retailers’ manufacturing, supply chains and labour costs, further squeezing already tight margins, 45 per cent of the senior retail Operations executives polled said that maintaining margin and keeping online orders profitable while meeting customer demand for digital was one of their main challenges. And half of UK retailers (50 per cent) say they have looked at cost saving exercises elsewhere as they don’t make money on online orders fulfilled through the store.

“Retailers are walking a fine balance between what consumers are now demanding from the store and what is operationally sound – and profitable – to offer,” sad Duncan Potter, CMO at Pricer. “There’s no denying that shoppers are continuing to demand digital – but making digital pay when it is being fulfilled from the store network is a conundrum many are still to solve.”