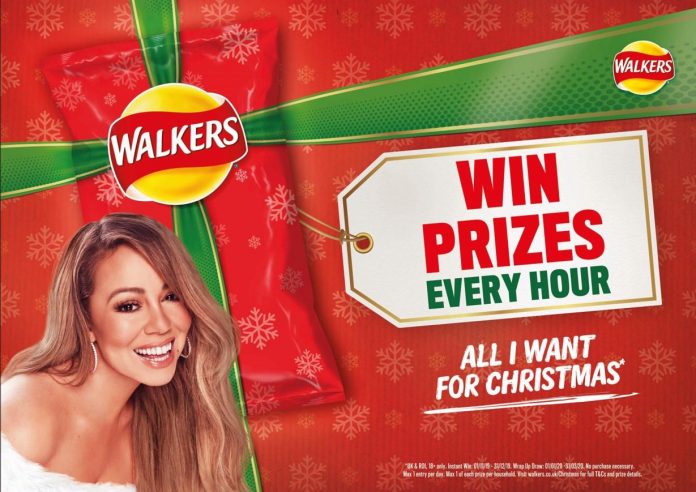 The promotion will run across the Walkers core range and offers shoppers the chance to win prizes every hour.

Mariah Carey will be centre stage in the new Walkers Christmas TV advert for 2019, set to air in November. She will also be the face of the on-pack promotion appearing across Walkers core packs. The promotion will be available from 28 October to the end of December.

As this festive season marks 25 years after the first release of All I Want For Christmas, it couldn’t be a better time to launch the partnership with her, the brand said.

The activity will be supported with a heavyweight marketing campaign, including TV, digital and in-store activity across November and December.

“The new on-pack promotion will help retailers cut-through during the largest sales period of the year and will attract shoppers with over 3,500 must-have prizes up for grabs, from a brand they can trust,” said  Wayne Newton, Walkers head of marketing.

Shoppers will have the chance to win top prizes, ranging from game consoles, designer headphones, cash and even festive socks. Consumers can find out if they have won instantly by visiting www.walkers.co.uk/christmas.