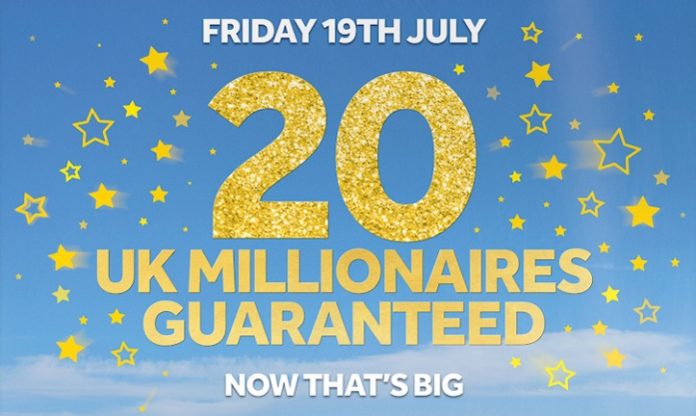 National Lottery retailers are gearing up for a huge sales opportunity this week from two big draws: the £12.4 million Lotto Must Be Won draw today and the special event EuroMillions draw on Friday (19 July).

The Must Be Won is also expected to have huge interest from players, as the last edition on 26 Jun saw an incredible 140,032 ticket-holders scooping £96, instead of the usual £30, for matching three numbers.

Camelot said the the POS for the EuroMillions draw is in stores this week.

“There’s a host of things retailers can do to get the most from this week, including ensuring that all new POS is out and sited in the most prominent locations, which includes ensuring media screens are visible at all times,” said Jenny Blogg, retail director at National Lottery operator Camelot.