A faint waft of malt drifts over the walls of the tranquil Mount St. Bernard Abbey in central England as brewmaster monks are hard at work within.

Faced with dwindling revenues from dairy farming, the monks at the Trappist monastery in Leicestershire decided around six years ago to swap milk for beer.

They sold the cows and spent five years setting up a state-of-the-art brewery that can produce around 300,000 bottles a year of “Tynt Meadow”, only the 12th beer in the world to receive the centuries-old Catholic order’s coveted seal of approval.

To qualify as an “Authentic Trappist Beer”, it is brewed within the monastery’s walls under the community’s control and responsibility, and the revenue it generates is used for social service.

The dark ale with an alcohol content of 7.4 percent last year became the first British brew to be recognised by the International Trappist Association (ITA), the order’s trade standards body, following an exacting three-day audit.

Tynt Meadow is named after the plot of land in Leicestershire on which Catholic monastic life was refounded in England in the mid-19th century, some 300 years after the Protestant king Henry VIII shut down the country’s monasteries and convents.

It has found an enthusiastic following in the Netherlands and Belgium and at home among younger Britons who are fuelling the craft beer boom.

“I think people are increasingly fed up with fake and they want authenticity,” said the monastery’s head monk, Abbot Erik.

“We endeavour to live our life authentically.”

Behind solid limestone walls, a web of pipes and state-of-the-art machinery, custom-made in Germany, churn out around 6,000 bottles with each weekly brew.

The popularity of craft beers and tradition of monastic brewing made the switch from milk an obvious choice, but it also came with challenges.

“We weren’t actually aware that there was a craft beer revolution going on,” Abbot Erik revealed.

“We were somewhat anxious about that for a bit. I think the other Trappist breweries were also a bit anxious that too many people would want to join the bandwagon.”

The spotless workspace, a former laundry, and the monks’ dedication attest to exacting standards.

One monk, obliged to miss services on brewing day to monitor the high-tech system, joins his brethren in spirit by praying in the brewery, using an i-Pad app to ensure he is singing from the same page.

“We have our monastic life to live and we can’t let the brewery interfere with that too much,” said Brother Joseph, adding that they would brew only the quantity needed to maintain the monastery and support charities.

Thanks to the time-honoured rhythms of monastic life, the brewery unexpectedly found itself in tune with cutting-edge culture, Abbot Erik said.

“The fact we make our beer in an artisanal way, we let the processes take their time, we use select ingredients and there is an important manual component to the work” all fit in with the craft beer trend, he said.

But it also holds deeper significance, he added.

“Something that appeals to me is that beer is made up of very simple, very humble ingredients,” he said, outside the 19th-century abbey.

“What makes a beer special is that these ingredients are brought together in a specialised environment and then allowed to mature… and then release a potential that was inconceivable originally, when you just looked at the malt, the hops, the water and the yeast.

“I think there is there something of a parable of what goes on at a deeper level in a monastic community.”

Beer enthusiasts can enjoy the tipple any time, unlike its creators.

They get a taste only on feast days, Christmas and Easter, Brother Joseph said.

“We wouldn’t be great drinkers ourselves, being monks,” he reckoned. 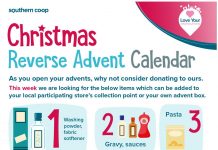 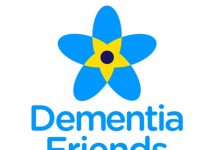 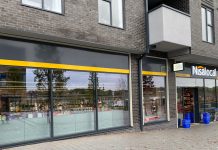