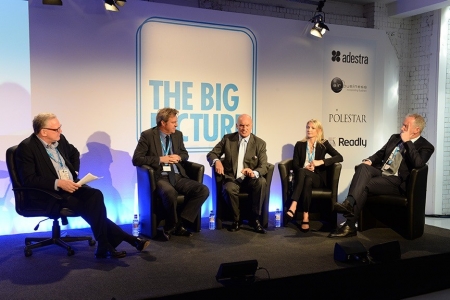 MAGAZINE brands sit at the heart of a “fantastic opportunity,” an audience of publishing professionals heard.
Speaking on a CEO panel at The PPA (Professional Publishers Association) Festival, Marcus Rich, CEO of Time Inc said: “The relationship we have with our audience allows us to build new brands, new revenue streams.”
Fellow panellist Paul Keenan, CEO of Bauer Media Group confirmed that in the UK and in other parts of the world, magazine advertising is increasing.
“With brands built on such strong trust and having such a unique contribution to make, we should be optimistic that magazine media will continue to grow and explode,” he said.
Mr Keenan claimed the magazine media does “something unique.” “The magazine has a different level of engagement and a different level of influence to other media,” he added. “With magazines you don't just swipe a screen. With magazines it's not a like, it's a love.”
In his opening speech at the Festival, Kevin Costello, Chairman of the PPA and CEO of Haymarket Media Group, said the magazine industry is making “great progress.”
“We know it is vital to sustain that momentum, and to support magazine media as a vibrant, prosperous, critical part of the UK's creative economy,” he added.
In an interview with ELLE Editor-in-Chief, Lorraine Candy, broadcaster Davina McCall shared her insights into magazines, her career choices, her social media life, being a role model, and her ongoing appeal to audiences.
She completed a line-up of more than 70 speakers at the Festival, which included GQ Editor Dylan Jones; Lauren Laverne and Sam Baker of The Pool; fashion designer Henry Holland; and John Bird, Founder of The Big Issue.
Barry McIlheney, CEO of the PPA, said: “This event is more than just the speakers and the sessions. It is the one day when everyone in magazine media comes together, from the CEOs right through to the students looking to forge a career in our sector, and it all makes for an incredible snapshot of the continued reinvention going on in our world right now.” 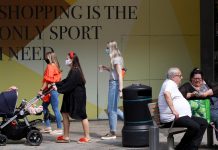