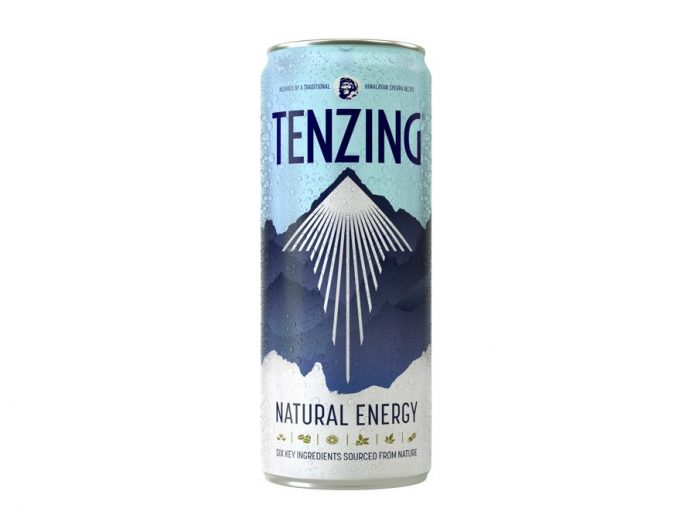 Tenzing, the all natural energising drink, announced a host of new national listings, a fresh new look and its first OOH ad campaign kicking off this week.

The new wins come of the back of the launch into 319 Sainsbury’s stores last month, as the brand continues to drive forward the natural energy category. Tenzing will now be available in 287 Boots stores, 100 EAT restaurants and 244 BP petrol stations from mid April.

The drink has seen continued success since it launched to market at the beginning of 2016, thanks to its natural ingredients and low sugar content, not only falling below the recent sugar tax (4.9g p/100ml can), but containing an average of 55% less sugar than the competition.

This week marks the launch of the first OOH ad campaign for the brand, which will run as 48 sheets across 18 sites in central London including Oxford Circus and Piccadilly Circus. Working with leading London design studio, Otherway, the creative has the natural plant based energy message at its core and uses the strapline ‘Natural ingredients, with mountains of energy’, bringing to life the inspiration for the brands recipe.

The can, which is now BPA free, is also sporting a fresh new look to give it greater stand out on shelf. It also brings to life the story of the brand which was founded by Huib Van Bockel, who spent eight years as the UK and European Marketing Director for Red Bull.

To create a natural energy alternative, Huib spent a year travelling the world and researching the core natural ingredients for his energising drink. It was during this time he discovered the uplifting brew of the Himalayan Sherpa’s. This inspired both the recipe and brand name, chosen in honour of the late Sherpa Tenzing Norgay, one of the first two men to reach the summit of Mt Everest. He continues to work with family of the late Sherpa Tenzing, investing 5% of profits into funding environmental projects in the Himalayas.

Bockel comments: “The recent sugar tax means there is a worrying trend towards brands trying to reduce their sugar levels by replacing them with artificial sweeteners instead of actually taking the sugar out. We are proud to be leading the way with an energising drink which contains low levels of sugar along with carefully selected all natural ingredients, giving the drink a fresher and cleaner taste, with the same energy credentials. We know that people value natural, high quality products, that have clear provenance of ingredients, and we have achieved just that. We’re thrilled with the overwhelming positive response and are looking forward to an exciting few months ahead.”

Tenzing is available in a 250ml can, RRP. £1.29. The new launches into Boots, EAT & BP along with previous listing with Sainsbury’s (last month), Holland & Barrett (630 stores) and Tesco (620 stores) in July, brings the distribution to over 2,500 stores. This includes Whole Foods, Selfridges and Planet Organic along with 100 independents, 100+ gyms, 20+ Universities and more than 200 offices.