Over the last year a total of 51 bills for tax and penalties totalling £11.5 million were issued to individuals and businesses caught storing and selling illicit tobacco more than once.

The move is a shift from HMRC’s traditional approach that focused on prosecuting shopkeepers for selling illegal cigarettes.

The new approach is necessitated after shopkeepers started to keep fewer cigarettes at the premises in an attempt to avoid prosecution or ensure any sentence after criminal conviction was as low as possible.

This will deliver a level playing field for honest local traders and hit those fraudsters in the pocket, claimed the tax authority.

“We will not allow honest, hardworking shopkeepers to be undercut by tax cheats. We are determined to level the playing field,” said Mel Stride MP, the Financial Secretary to the Treasury

HMRC investigators now examine the frequency and volume of the seizures made, as well as evidence gathered from business cash books, till receipts, bank accounts and other sources to calculate tax and penalties owed.

The approach involves using evidence collected by HMRC, Trading Standards and the police to calculate the amount of VAT, Income Tax and Corporation Tax that should have been paid.

Assessments can be appealed by the individuals and businesses.

Two major such cases involve a bill totalling £1,615,499 handed to a Grantham man and £1,098,488 bill given to the owner of a Newcastle mini market after investigations revealed he made around £2,500 a day from the sale of illicit tobacco over a five-year period.

In another case the owner of a London barbershop received a tax bill of £605,057 after HMRC found he was selling illicit tobacco goods and making around £1,000 a day. A Liverpool newsagents was handed a £70,000 bill after investigations revealed the shop was making more than £250 a day from the sale of illicit tobacco.

Investigations also revealed off-the-book income from the sale of illicit tobacco at a Sheffield shop was equal to 89 per cent of the business’s declared turnover. 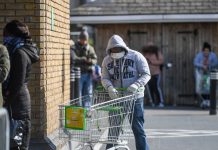 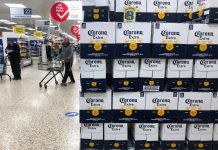 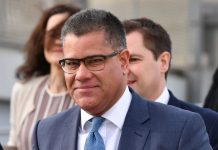