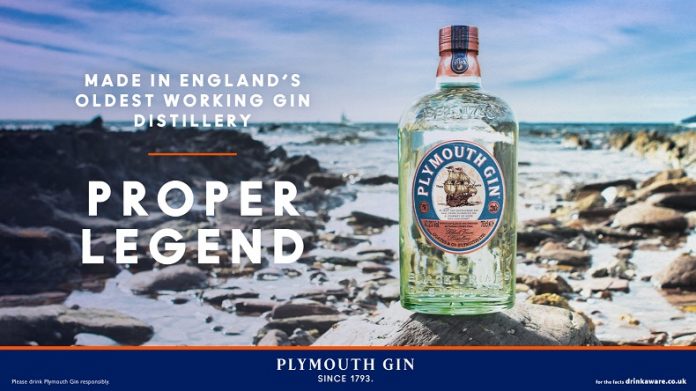 Live from now until 29 December, the campaign brings to life the South West’s approach to doing things ‘Proper’, emphasising the history, provenance and personality of the the handcrafted Gin made in England’s oldest working distillery.

“Plymouth is a flagship brand within a booming category and we’re delighted to be reinforcing its heritage and firmly marking the brand’s territory as a ‘Proper’ brand with substance,” said Lucy Bearman, brand director for Pernod Ricard UK.

The creative will be rolled out nationwide via out of home displays in key cities such as London, Edinburgh and Manchester, as well as appearing in national print titles, on social media and digitally.