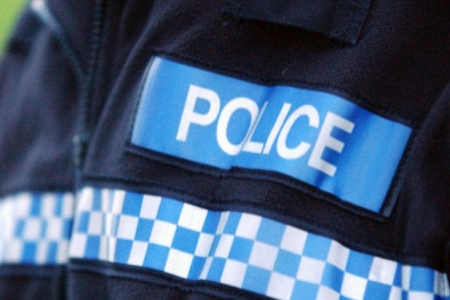 A NEWSAGENT is hoping local residents can help him identify a man who raided his shop for cash and cigarettes.
Police are on the hunt for an armed robber who entered Mercury News Shop in Rothley, Leicestershire around 8:45am on November 18 brandishing a hammer.
The masked man then ordered a female assistant to lock the door and turn off the lights, as he broke the shop’s safe open with the hammer and took cash and cigarettes from inside.
After stuffing the loot into a bag, the robber left the store.
The assistant was unharmed but the robber roughly pushed her aside to get to the safe.
Council CCTV footage outside the shop shows the thief walking towards the newsagent with a mask on and the bag over his shoulder moments before the incident. Mercury News manager Dale Smith is now appealing to the public for help in identifying and capturing the crook, and is hoping someone can reveal some more details about the suspect.
“He was captured on CCTV walking towards the shop just before the robbery,” claimed Mr Smith. “People must have noticed him as he was wearing a latex mask and a hooded top. There were plenty of people about and he was carrying a bag over his shoulder.” Mr Smith went on to say that this was the first robbery at the shop in the nine years that he’d been working there.
Local residents are now being asked to come forward with any information they have regarding the suspect, who is around 5ft 8 inches, of medium build, and was wearing a navy hooded top and navy or black jeans or trousers during the incident. He was also wearing thin leather gloves.