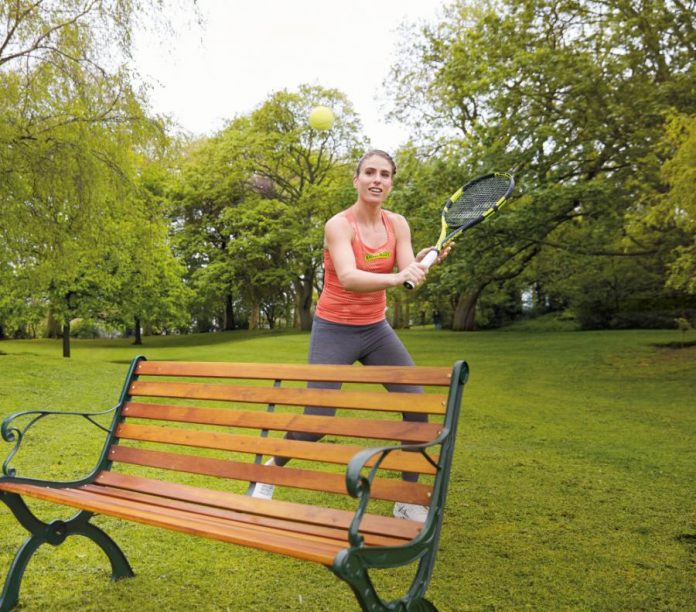 Nature Valley is set for its biggest Summer of British Tennis with a £2 million through-the-line integrated campaign across shopper, digital, print, social and PR that will also see the brand make a return to TV screens.

The Official Snack Bar of the Lawn Tennis Association (LTA) will hit TV screens throughout June and July with a new 20-second ad, championing the brand’s Protein platform. The ad follows a number of adventurous individuals running and hiking amongst impressive scenery, while highlighting the delicious taste of the bar and its 10g protein content.

Last year’s summer activation saw Nature Valley become the No. 1 Protein bar brand with +77% sales year on year, contributing to a +70% growth in the functional health cereal bar category and reaching its highest penetration, said the brand in a statement.

The Protein platform is the fastest growing Protein bar range, growing at +43.6% year on year and is now worth of £14.5m, noted the statement. The total Nature Valley brand is worth £50.1 million and is growing at +18.7% year on year.

The brand’s award-winning 2017 tennis campaign #thecourtisyours, which focussed on helping people find their local court, saw the sport achieve its most major spike in participation numbers in recent years. It returns this summer with a greater focus on inspiring people to play more tennis around LTA’s Great British Weekend.

British women’s #1 Johanna Konta renews her partnership with Nature Valley as brand ambassador for the second year and will be joined by Leon Smith, the Davis Cup winning captain of Great Britain and Head of Men’s Tennis. Both brand ambassadors will back the LTA’s Great British Tennis Weekend supported by Nature Valley, on 21-22 July. The weekend is geared to encourage over 150,000 people to pick up a racket and play tennis for free anywhere from their local court to in the park across the nation.

This year’s campaign will also include bespoke shopper initiatives with Tesco and Sainsbury’s, giving shoppers the chance to win equipment such as a coaching session or signed tennis kit from Johanna Konta as well as social media competitions for money-can’t-buy experiences.

The brand will also be the first-time title sponsor of the pre-Wimbledon ATP and WTA grass court events in Nottingham, Birmingham and Eastbourne for the next three years – named as the Nature Valley Open, the Nature Valley Classic and the Nature Valley International respectively, which will significantly drive brand awareness. To further bolster its support, Nature Valley Protein will be sampled to tennis fans with more than 50,000 bars given away during the summer.

Arjoon Bose, Northern Europe Marketing Head for Nature Valley at General Mills, said: “We remain committed to supporting the LTA, building on last year’s success, and our ambition is for Nature Valley to become synonymous with tennis in Britain. We remain inspired by Johanna and are delighted to welcome Leon to the Nature Valley family.

“We firmly want to inspire an active nation and democratise tennis, moving it from the aspirational to the accessible. This is evidenced by the fantastic rise in the popularity of tennis and we are confident our support of the LTA’s Great British Tennis Weekend, alongside our inspiring ambassadors, will help drive an even stronger brand association with Nature Valley and continue to encourage more people to pick up their rackets and visit their local courts and – of course – have a Nature Valley Protein bar in their tennis bag as well.’’