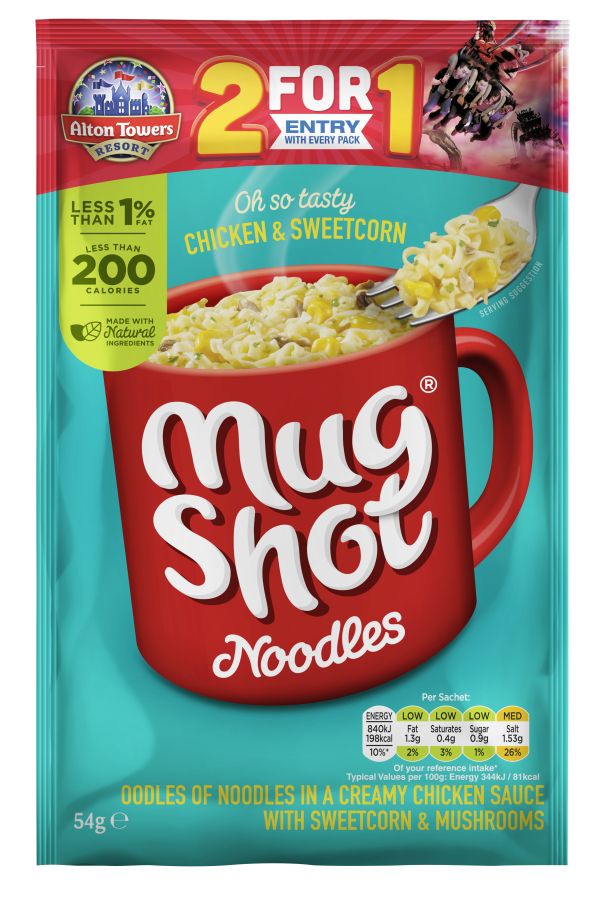 The Leeds-based firm also announced a new on-pack promotion for the instant snack brand in partnership with Alton Towers Resort.

Symington’s has also announced a host of enhancements to the existing On the Go and The Big One ranges.

The on-pack promotion, running from May to October, offers consumers two for one entry to Alton Towers theme park worth up to £56 per pack.

The promotion will run across all Mug Shot sachets, Mug Shot Cup Soup and On The Go pots and is set to appeal to families, thrill-seekers and young adults alike.

Mug Shot will be hitting TV screens again as part of the promotional activity which will be supported with a large scale marketing and PR campaign including targeted influencer activity, a branded Symington’s and Alton Towers microsite and a strong social and digital campaign.

The promotional packs will be available in all major retailers as well as cash & carry and wholesale operators.

Matt Lee, chief commercial officer at Symington’s, said: “We’re thrilled to partner with Alton Towers Resort to launch this exciting promotion across our Mug Shot brand. This is a fantastic opportunity for Symington’s, particularly Mug Shot, and we expect the brand to perform very well throughout the promotion.”