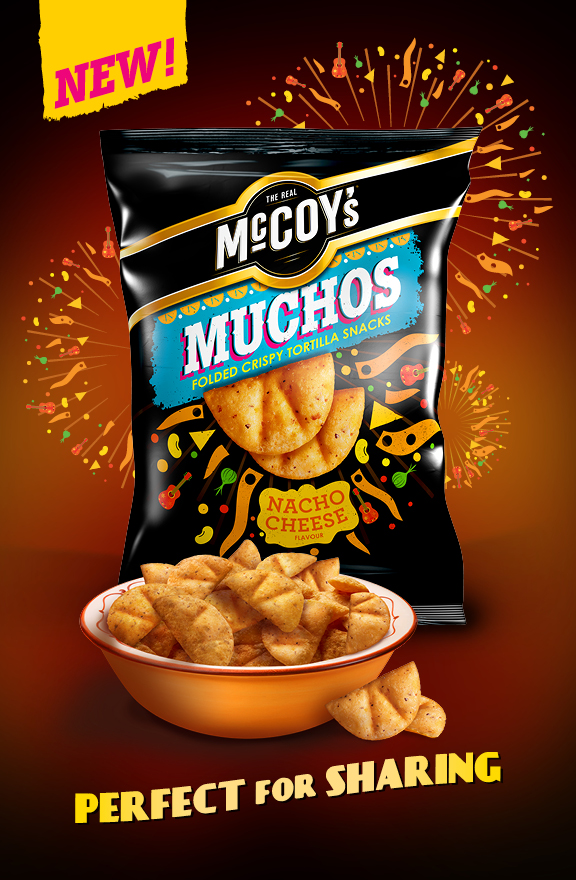 KP Snacks has announced a further £1m investment for its new sharing product, McCoy’s Muchos launched in January this year.

Running until 5 November, the campaign will see McCoy’s Muchos advertised out of home and across social media. In-store activity will also run across grocery and convenience retailers.

The OOH campaign will appear on 6 sheet advertising nationwide whilst the social media campaign will run alongside across Facebook and Instagram, reaching an estimated 15 million viewers.

KP Snacks has partnered with Twisted, a social media recipe channel, for the campaign.

“McCoy’s Muchos has experienced phenomenal growth since we launched the product in January and is already worth £9.4 million RSV,” said Claire Cooper, McCoy’s marketing manager at KP Snacks.

“This second wave of advertising activity will drive further appetite for Muchos, with our partnership with Twisted attracting new consumers as well as keeping it front of mind with existing consumers to drive repeat purchase.”

KP Snacks has earlier invested £4 million in the product, the firm’s biggest ever NPD campaign, to support the launch.