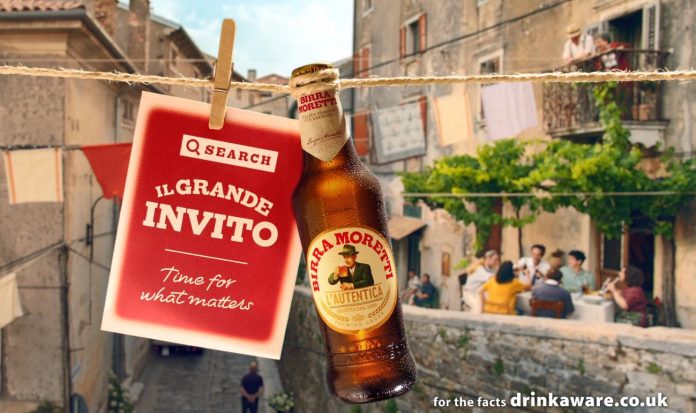 The campaign, which includes a TV commercial, PR, digital, trade and consumer experiential events, will be the Italian lager’s biggest campaign to date.

Il Grande Invito, meaning ‘the big invitation’, will see millions of people encouraged to gather together around the table over great food and beer, to make time for what matters – family and friends.

“Food is proven to be a fantastic way to entice customers and what’s more, it’s perfectly aligned to our beer’s traditions. Through Il Grande Invito, our mission is to bring people together around the table this summer, creating long-lasting moments centred around food, and of course with Birra Moretti at the heart of this,” said Iza Glodek, premium brands unit director at Heineken.

Over the coming months, Birra Moretti will run a major TV campaign, along with in-store activations, a major PR campaign, an extensive digital activation and a major experiential activation at one of the UK’s leading festivals Barclaycard Presents British Summer Time at Hyde Park.

Birra Moretti will also be launching a brand-new digital hub where consumers can find more information about Il Grande Invito.