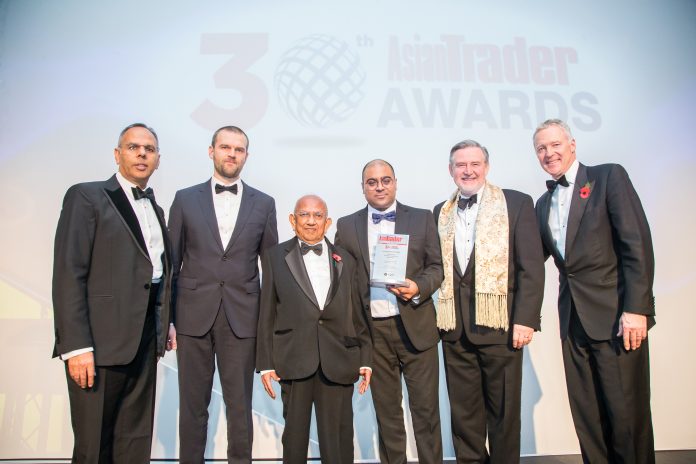 The grocery industry saluted the UK’s army of hard working, enterprising independent retailers at the 30th Asian Trader Awards.
Around 900 guests celebrated the achievements of the country’s top shopkeepers at London’s Westminster Park Plaza hotel.
Mital Morar of Ancoats General Store, Manchester won the top prize of Asian Trader of the Year.
After receiving the award, Mr Morar told Asian Trader: “Goodness knows how, but somehow I have won Asian Trader of the Year. It feels amazing. I think everyone should take part in retailing and give it a go for themselves.”
In a welcoming speech, Asian Trader Brand Champion Shefali Solanki said retail crime is “an issue that plagued the sector in the past and still continues to.”
2019 has been a particularly challenging year with total retail crime estimated to cost the sector around four billion pounds.
Asian Trader have reported on tragic stories of retailers who have lost their lives or suffered life threatening injuries trying to protect their shop and families.
These include the shopkeeper who was stabbed to death in Pinner earlier this year, to the gangs who raided ATMs in the West Midlands and to the retailer who was held up at gunpoint whilst his store was robbed in Southampton.
“Both national and local government together with law enforcement around the country have a major part to play in tackling this issue and we implore them to work with the sector to create a safer environment for you to continue doing the amazing work you do in your communities,” Ms Solanki added.