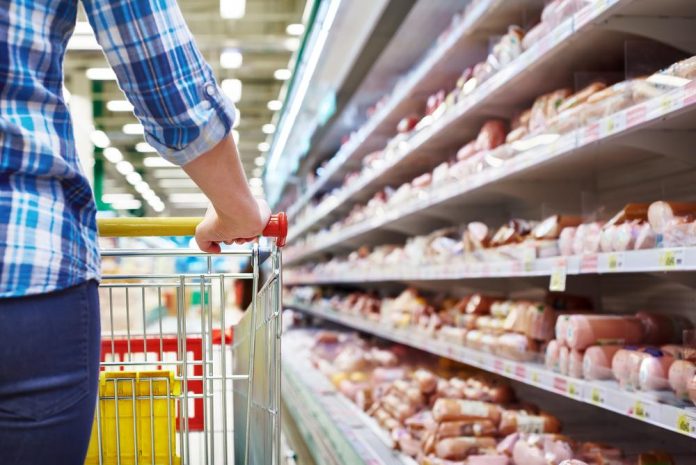 Supermarkets have bucked the high street trend, which suffered a fall in December sales for the sixth straight year, with a record Christmas spend by shoppers.

The latest grocery market share figures from Kantar Worldpanel show supermarkets registering record sales of £29.3 billion over the Christmas trading period and an extra £450 million in the month when compared with last year.

“Despite the supermarket sector growing at 1.6 percent – its slowest rate since March 2017 – the retailers clocked in another record-breaking Christmas as households racked up an average spend of £383 in grocery bills for the month of December,” said Fraser McKevitt, head of retail and consumer insight at the research agency.

Saturday 22 December proved to be the busiest shopping day of the year: more than half of all households visited one of the grocers in a last-minute Christmas dash, with 1.7 million additional customers walking through the aisles compared to the Saturday before.

Seasonal confectionery hit the mark with shoppers – up 7 percent – while non-alcoholic beer and Christmas puddings clocked in sales of £7.6 million and £40.8 million respectively. Meanwhile whole turkeys fell out of favour and experienced a drop of 7 percent as some shoppers opted for smaller joints, such as crowns, in a bid to crack down on endless leftovers.

Although growing at half the rate of last year, premium own-label lines still increased by 3.7 percent over the 12-week period – hitting a record £1.1 billion in sales.

Discounters continued their march with Aldi or Lidl together receiving two-thirds of all households during the month to finish on highest-ever combined Christmas market share of 12.8 percent. With sales up 10.4 percent, Aldi was the fastest-growing supermarket, and Lidl tailed with 9.4 percent growth.

Co-op was the only retailer to beat its 2017 growth rate, and this now stands at 3.2 percent. The retailer’s market share increased for the seventh period in a row, most recently up by 0.1 percentage points to 5.9 percent.