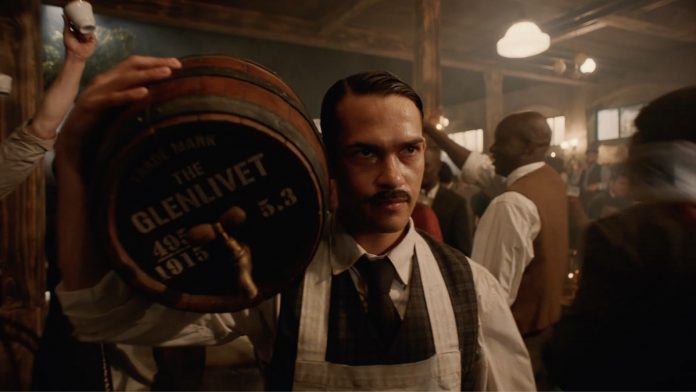 The Glenlivet, the Speyside single malt, has launched a brand-new campaign – Original By Tradition.

Fronted by a high-energy film, the campaign encourages the enjoyment of single malt outside the confines of traditional conventions.

The disruptive TV advert will run on prime channels such as, ITV, Channel 4 and SKY from 4 November.

The campaign will also roll out across print, digital, and video-on-demand, as well as being supported by a digital campaign on Instagram and Facebook.

“We are breaking with tradition once again and taking The Glenlivet in a completely new direction that opens up the traditionally male-dominated single-malt category with a campaign that challenges conventions,” said Katia Fragkou, head of marketing for Pernod Ricard UK.

“Our aim is to reach new audiences in order to establish broader occasions for single-malt.”

The Original by Tradition campaign will also launch in the US and Canada, alongside the UK, in November, before rolling out into other markets, to coincide with the release of The Glenlivet’s new modern, bold and vibrant packaging.

The Glenlivet’s new look, featured as bold colour references throughout the campaign blends the rich heritage of the iconic Speyside distillery with contemporary designs to reflect the forward-thinking brand it is today.