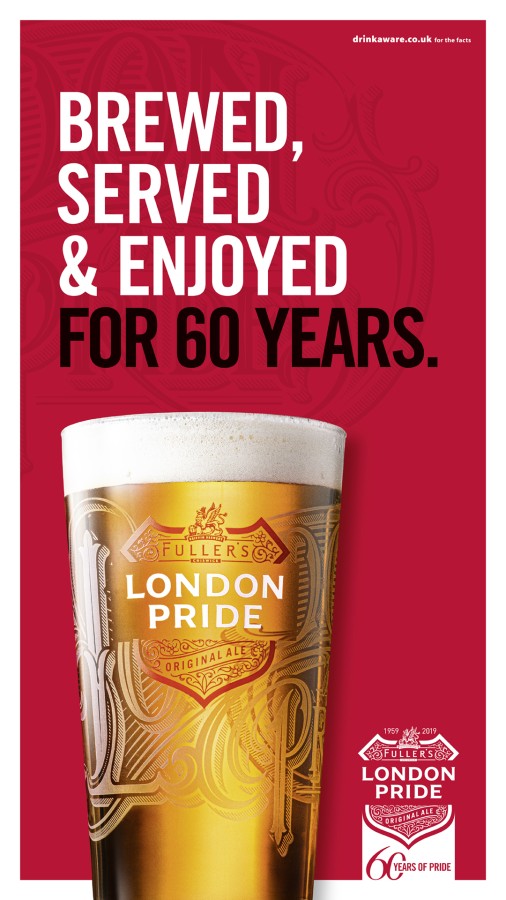 Live during the month of November, and rolling out in print media and out-of-home sites, the campaign aims to reach over 2.5 million adult consumers.

First introduced in 1959, London Pride remains a first choice amongst ale drinkers in London and the South East.

Tim Clay, managing director of Asahi UK, commented: “We wanted to use this milestone to launch a campaign that celebrates the timeless nature of the London Pride brand for established fans, whilst allowing new consumers to discover the exceptional quality of this most iconic of beers.”

Asahi bought the brewing division of Fuller’s earlier this year. Clay said the company is committed to building upon the brand’s existing strength and heritage to further unleash its potential.

“At Asahi UK, we’re committed to working with our customers to champion brilliant quality, every time. We are proud to be celebrating this amazing, premium beer and look forward to supporting its future growth,” he said.