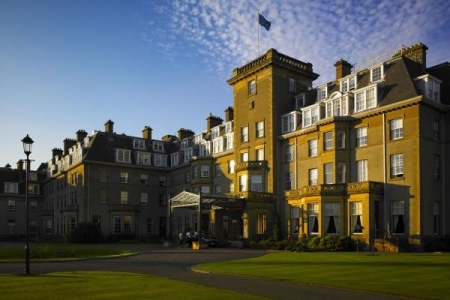 DIAGEO PLC announced on Wednesday that it had sold Gleneagles Hotel Limited to a private investment group led by Ennismore for an undisclosed amount. Ennismore is a real estate hospitality firm which owns The Hoxton brand, and develops and operates a series of unique hotels in Europe and the United States. The group has its origins in Shoreditch, East London.
Gleneagles Hotel was opened in 1924 and has been wholly owned by Diageo since 1984.  In the year ended 30 June 2014 the business generated revenues of £43.5 million and an operating profit of £2.6 million with a return on invested capital of 4% based on book value for the year ended 30 June 2014.
Ivan Menezes, Chief Executive, commented that Diageo was proud to have been the owner of Gleneagles. But he said that the hotel was not a core business for Diageo and therefore following the success of the Ryder Cup the firm felt it an appropriate time to realise value through the transaction to Ennismore. He added he was pleased that Diageo's brands, especially their scotch brands, would continue to be an important feature at the iconic Scottish hotel and wished Ennismore and all the staff at the hotel a successful future.