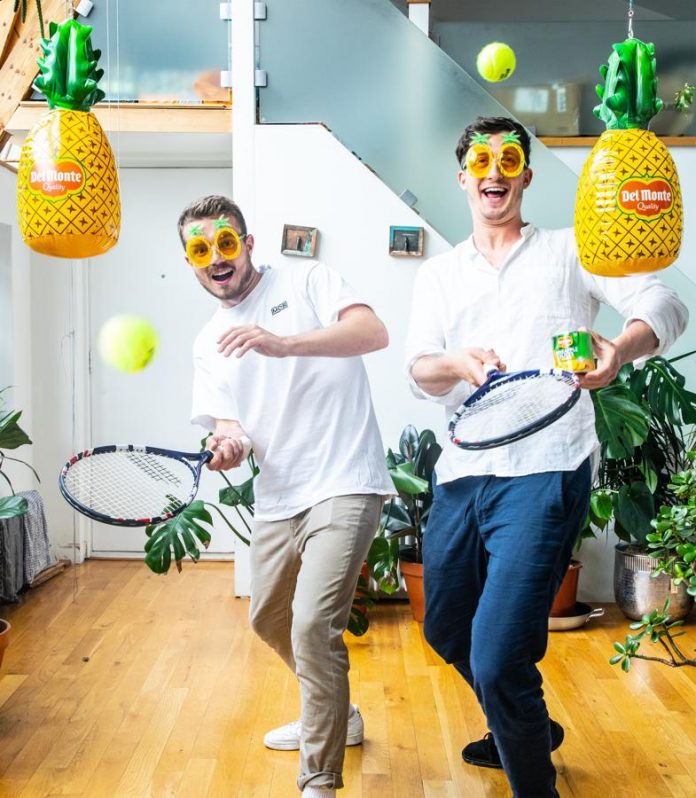 Del Monte, the official fruit of the LTA, will be continuing its partnership with the tennis governing body for the second year in 2019.

The collaboration will see the leading producer and distributor of fruit and vegetables have significant exposure at the series of pre-Wimbledon grass court tournaments, including The Fevertree Championships at Queen’s Club, London.

With a unique TV audience of over 12.3 million, viewed across key channels, the pre-Wimbledon series of grass court tournaments form the heart of the nation’s summer sporting calendar.

Expanding upon last year’s campaign, Del Monte’s partnership will deliver on-site activations through product sampling to over 155,000 attendees, on court branding and event advertising at the major British Tennis tournaments.

From 1 June to 27 October, Del Monte will also run an on-pack promotion across 3 million cartons of Del Monte fruit juice and prepared fruit pots. With a guaranteed 15 prizes to be won each week, those entering could win 275 Babolat racket & ball sets, 55 adidas courtside kits, and a top prize offering one lucky winner a 4-night family break to the luxury La Manga resort, Portugal.

Del Monte has also collaborated with top lifestyle, food and parenting influencers in a 3-month campaign which is estimated to reach 1.5 million consumers.

Martin Selley, managing director at Del Monte UK, said: “Working with the LTA last year was a delight and we are looking forward to fuelling a second summer of tennis with our range of fruit based products.

“This year we also wanted to expand our reach beyond the courts to communicate both health and convenience messages to our growing millennial customer base. We know this age group over-indexes on using social media as a source of inspiration, as well as for purchase recommendations and product guidance, so working with influencers is the most natural move for us to engage with a younger audience”.