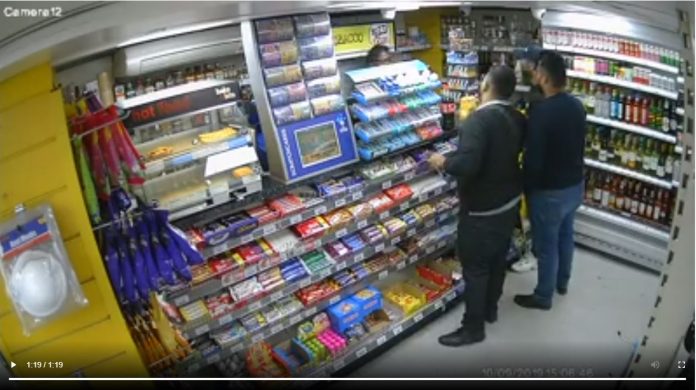 A gang which scammed a shop in Kent with a stolen credit card has struck again in Lincolnshire.
Asian Trader reported in its 27 September issue that Kent retailer Pritesh Patel lost £1000 in cash and stock to fraudsters.
Now retailer Richard Selva has contacted Asian Trader to report the same gang, which he identified from CCTV footage, used stolen or cloned cards to purchase £400 of goods from his store in Spalding, Lincolnshire.
Mr Selva said three Asian males came to his shop Gosberton Village Store and made two credit card transactions.
On the third transaction he caught one member of the gang trying to enter the 16 digit number of the stolen card while the other two distracted him.
He confiscated the goods from the gang and called in a police community support officer who was outside the store working on a different case.
“I told him these people were scammers,” Mr Selva told Asian Trader. “He didn’t believe me. He asked to see their ID and when they showed it to them he was happy with it. I gave the goods back.”
Later Mr Selva looked through the CCTV footage and saw the scam at work.
He complained to the police who appointed a detective to his case. The detective collected the CCTV footage and is due to speak to Mr Selva again.
Mr Selva has managed to reclaim £100 from the bank from one transaction and is hoping to reclaim the money from the other two transactions.
To his knowledge, the gang has also scammed 10 other stores in locations as varied as Norwich, Sutton Bridge, Bourne, Spalding and Donnington.
Only two shopkeepers out of the 10 have so far got their money back, Mr Selva told Asian Trader.
“Thanks to the customers who were in the store at the time and supported me. It is really appreciated,” he added.