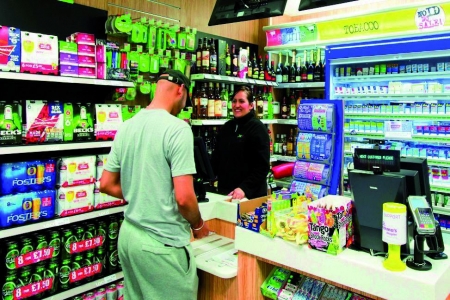 THE ERA of the weekly big shop is nearing an end as people move towards convenience shopping, new research suggests.
Shoppers are tending to buy less but are purchasing more frequently and have “segmented” their shopping, buying items from different places based on either price or convenience.
People now visit four different grocery stores a month on average, with almost half of them visiting two stores on the same trip, according to food research firm IGD.
The recession, which forced “middle England” to change its shopping habits to save money, has helped drive this trend, according to Shore Capital analyst Clive Black.
“People who don't have any money have always shopped week to week, but in the last five years, with wages compressed, middle England has had to find money and that has changed the way they shop.”
Although the economy has improved, consumers have maintained the habit of shopping little and often.
Analysts say this is for various reasons, including the desire to cook fresh food from scratch, the rise in popularity of specialised foods such as artisan breads and craft beers, not wanting to waste food by throwing it away and the wish to save time.
While online shopping has made many headlines, it still accounts for just 4.4% of total sales in the year to April, according to IGD, which expects it to reach 8.3% of all sales by 2019.
The convenience sector has been the biggest winner from the change in shopping habits. IGD found shoppers used convenience stores more than any other type of store format, and expects the sector to account for nearly a quarter of all food and grocery sales by 2019.
“Shoppers now expect grocery retailing to organise itself around their lives rather than building their routines around store opening hours. They expect to buy whatever they want, any time, any place in the most convenient way to them,” commented IGD chief executive Joanne Denney-Finch.