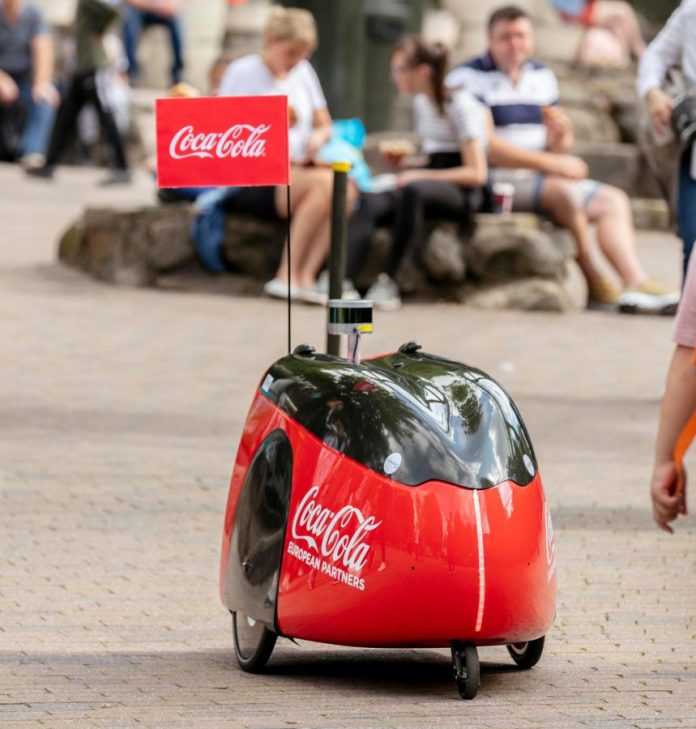 The trail is part of its Ventures innovation investment fund, and works with autonomous driving experts TeleRetail to test the technology in a unique, high-traffic location.

The robot will collect products from the Alton Towers distribution centre and deliver them to drinks outlets across the park during the peak summer season, using artificial intelligence to manoeuvre around the thousands of visitors.

The Alton Towers trial is one of three pilots taking place in industrial, retail and pedestrian environments.

“The robot is set to drive at pedestrian walking speed in the park during the pilot project. It’s exciting to see how park visitors positively react to the Robot and interact with it,” said Xenia Scholl, co-founder of TeleRetail.

The technology, called ‘Aito’, is expected to be used on different sized vehicles to solve a range of delivery problems.

“The TeleRetail robots are a perfect example of how we are trialling technology that could enable 24/7 on-demand logistic services and eventually be something that can be scaled up to larger vehicles,” said Leendert Den Hollander, vice president and general manager at CCEP.