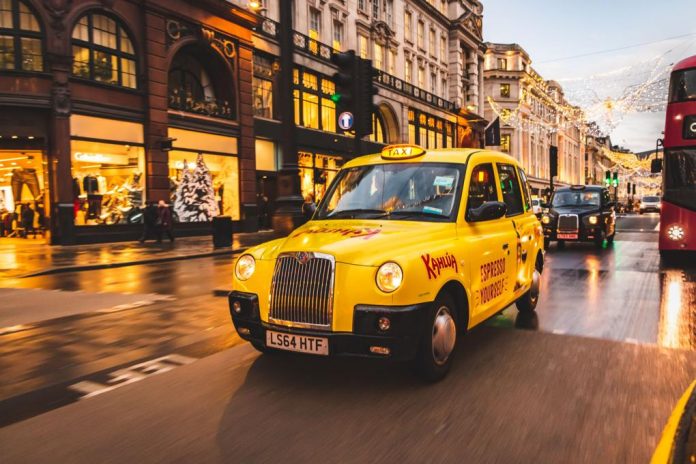 Kahlúa, the must-have ingredient for the Espresso Martini, has launched one hundred and fifty eye-catching, branded London and Edinburgh cabs as part of its Christmas campaign.

The fleet will transport riders from now to New Year’s Eve and will run in conjunction with disruptive out of home media across the country at large-scale sites such as Manchester Arndale, The Birmingham Eyes and Westfield Stratford.

The coffee liquor brand from Pernod Ricard has invested £400,000 to inspire consumers to make Espresso Martinis, one of the nation’s favourite cocktails, at home.

The bold and colourful design of Kahlua’s creative campaign heroes the Espresso Martini and Kahlúa’s inclusion as the essential ingredient.

Toni Ingram, head of marketing for Pernod Ricard UK, said: “Google Trends shows an increase in searches for Espresso Martinis during the festive period, with consumers keen to replicate at home.  The campaign demonstrates how Espresso Martinis are made, pushing footfall into store throughout this key trading period.  Our bold, yellow creative will stand out on those cold dark evenings.”