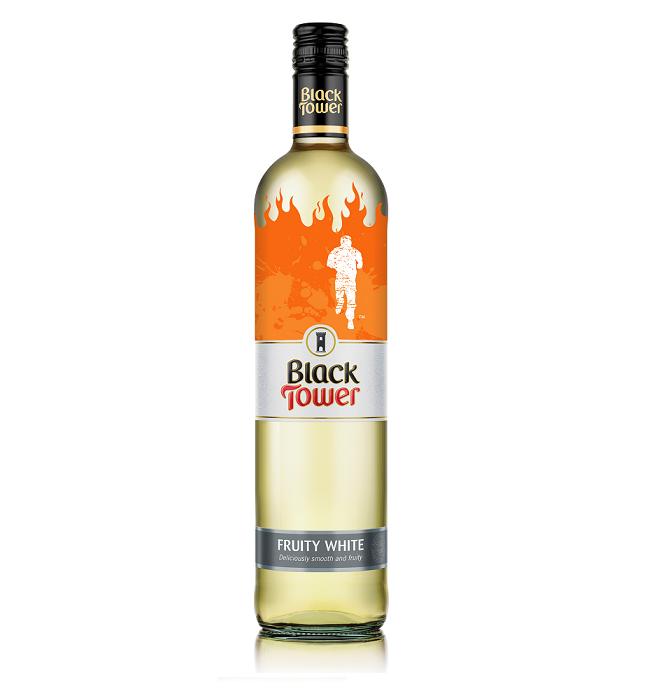 World-famous German wine brand, Black Tower is set to become Tough Mudder UK’s Official Wine Partner for 2018. The brand is also set to launch a full 360 degree marketing campaign to amplify the sponsorship, which will include a new Limited Edition promotional sleeve, on shelf this spring.

Full of nerves and pumped up from the starting line, hundreds of thousands of competitors will run their first couple of kilometres before coming head-to-head with their debut obstacle, the Black Tower-branded ‘Kiss of Mud’. A gruelling test of core strength, Mudders will be forced to crawl commando-style through 20 metres of sludge, barbed wire resting just inches above their bodies.

Motivational signposts – featuring Black Tower’s core campaign #CheersToMe – will spur on participants, celebrating with them as they complete each stage of this challenging race. Having mastered the world’s toughest endurance challenge, race-goers will have the opportunity to sample Black Tower in Mudder Village.

To further capitalise on the Tough Mudder sponsorship, the UK’s most successful brand from Germany plans to dress its bestselling Fruity White in a themed promotional sleeve, on shelf from March.

The brand will be advertising via ITV chat shows and regional and local radio stations in key areas of the British map and hiring a celebrity ambassador. A new mother and keen to lose the baby weight, Jennifer Metcalfe is set to be named Black Tower’s Celebrity Mudder Woman.

“Tough Mudder is proud to partner with Black Tower wine for a multiyear partnership that will bring this refreshing and celebratory drink to hundreds of thousands of Mudders throughout the UK,” said Rich Abend, Vice President of Partnerships, Tough Mudder, Inc. “Black Tower has long been known as a leading German wine label. We are thrilled to introduce their wines to our participants for years to come.”

Alexander Rittlinger, Managing Director of Black Tower owner Reh Kendermann, added that, “Sponsoring Tough Mudder gives us the opportunity to introduce Black Tower to a younger community that likes to celebrate their successes. Our #CheersToMe campaign is all about marking life’s achievements, so this partnership will amplify our core brand values and messaging.”