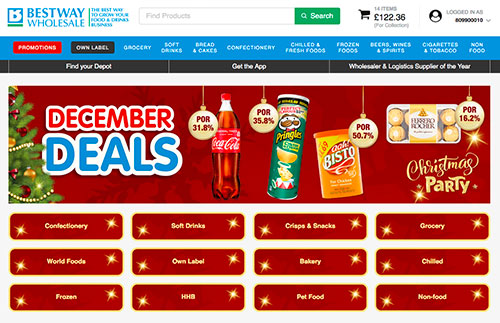 Bestway Wholesale has seen impressive sales increase through the digital channel, with the total revenue via the companies’ apps going up by 39 percent year on year.

The wholesaler said the two apps now account for around 30 percent of its total digital sales, with increased numbers of customers switching from the website to the app.

Both the app and the website have been designed to allow customers to switch between platforms halfway through their order, facilitating the shift.

Bestway has also announced several new features to its website which include moving the placement of deals on the website for easy access when ordering online, introducing grouping by category on the Christmas and New Year ‘December Deals’ and utilising shopper stats online to help retailers identify which products to stock.

“The majority of feedback for our best-one website has been really positive with customers stating they have benefited from the improved shopping experience and improvements to the user interface,” Burchell said.